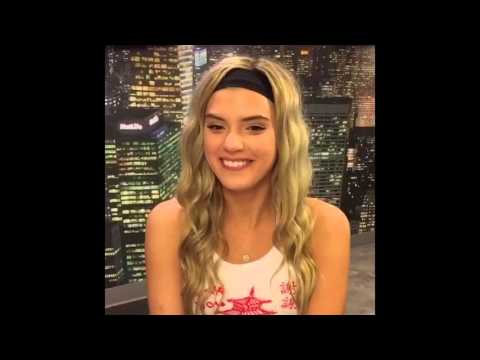 I decided not to dwell on the topic of religious life and instead spent the next few dates trading stories of sports and siblings and good books and New York museums. Then Travis [not his real name] sat down. In an Irish accent he asked questions about my job and my life with genuine interest. His level of sarcasm nicely matched my own. He was raised Catholic. Things were going well. OK," he said, quickly shifting gears. Wishing I'd stuck to the topic of sports, I searched for an answer, but before I got the words out, he fired another question at me.

His accent and the noise of the bar muffled his statement, but I thought I heard Latin.

I asked him to repeat himself, but still I couldn't quite catch the foreign phrase, though this time I heard enough of the question to realize that my original worries were not unfounded: I was being quizzed on a papal encyclical. The amount of concentration required for me to keep a straight face took up most of my brain power.

Unfortunately, the remaining portion of my brain couldn't quite remember if the encyclical's publication date was or Through a smile, I guessed ' A moment later, the event's organizer called for the dates to change seats. The men shifted, and because one of the participants hadn't showed up, the organizer sat down across from me to fill the time. He described his business and politely asked about my job.


The organizer looked confused, then worried and possibly amused. The organizer got up, and I laughed, freely this time. With his news, the evening's events made much more sense, and at the same time became even more absurd. At the end of the evening I took out a piece of paper on which "yes" and "no" was written next to each date's name. I sat down and considered which of the guys I was willing to see a second time. The guy from the young adult group seemed nice, and I noted that on the paper.

Then my pen hovered over the space next to Travis's name. He was a bit judgmental, but then again, I had been too.

He was also hilarious, enjoyed his work, and seemed interested in mine. And, well, I had to give him credit for his knowledge of Church history.

Was I glad to have taken a chance, to have gotten outside of myself and to rethink my opinions? Was I looking forward to whatever new surprises lay in store? I pressed my pen onto the dog-eared sheet of paper and emphatically circled "yes. Kerry Weber is an associate editor for America , and author of 'Keeping the Faith: Tap here to turn on desktop notifications to get the news sent straight to you. I told myself it was a social experiment. I was told we were going to talk to each guy for 6 minutes.

I thought 6 minutes would feel like forever. I only met with about 9 guys. I spent around 30 dollars for this event and expected more of a selection to be there. My friend said the same thing. I have to admit, the majority of them were nerds. But they were not charming nerds. Talking to this guy was one of the longest 6 minutes of my life.

10 people reveal the horrors and the joys of speed dating

None of the other conversations went much better, lets just say there was a lot of awkward silence. The way it works is I talked with each guy for 6 minutes and then wrote down their name and circled if I would like to talk to them further or not interested. I felt bad not picking anyone, so I picked one guy that was the most decent out of all of them. Then, 24 hours or so later, I received an email with a list of people who picked me along with their email address to contact them.

Four guys had picked me; none of them were the one I picked.